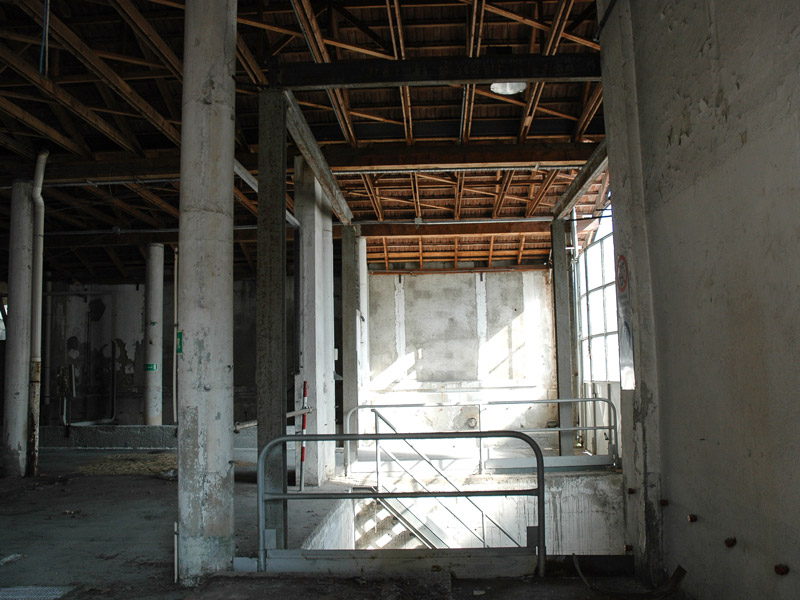 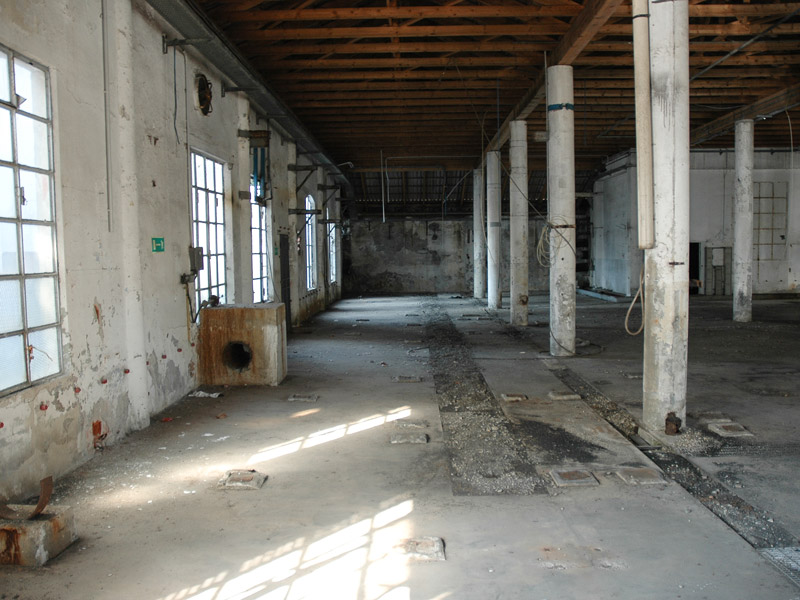 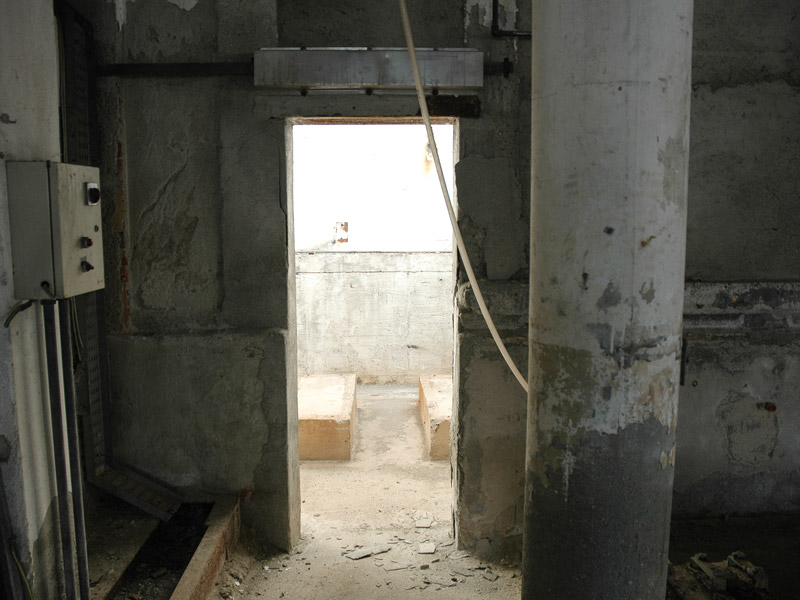 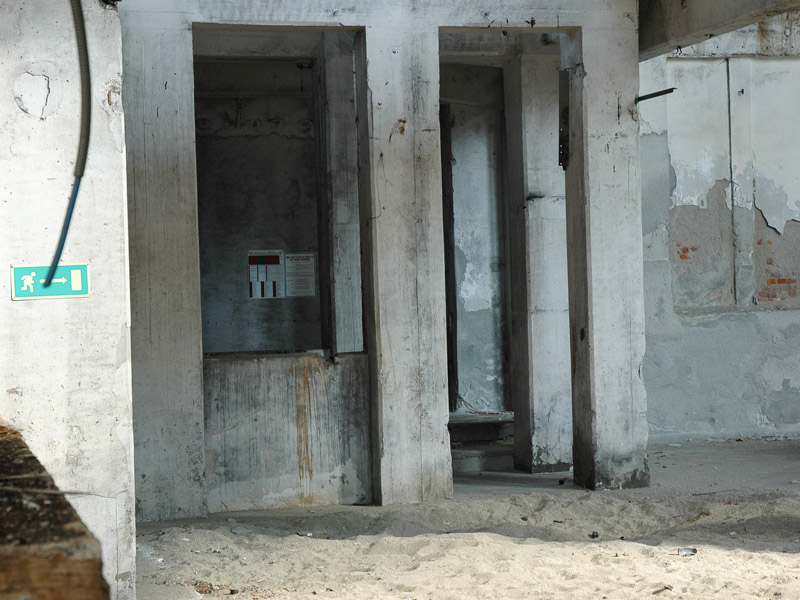 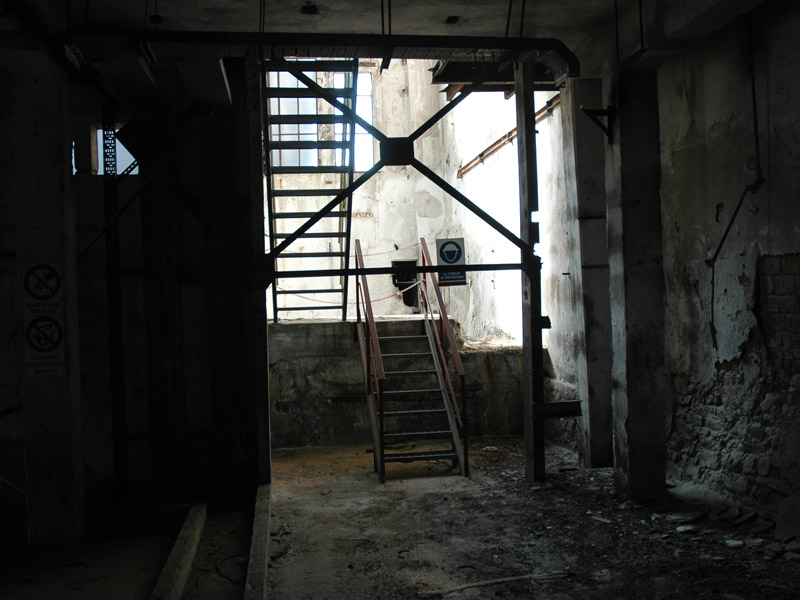 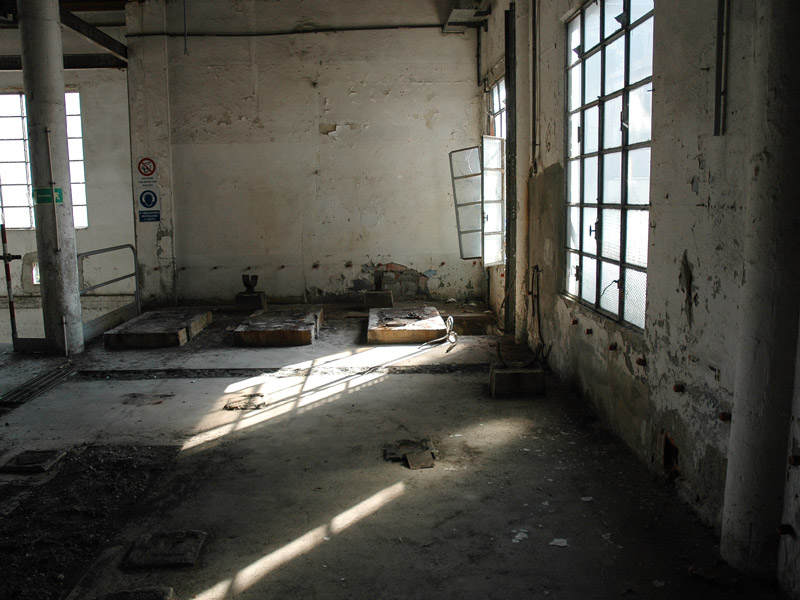 „Lay of the land“ is concerned with the demise of the european industrial infrastructure.

Year after year sites of crucial industrial infrastructure are being abandoned in the regions of europe. Monuments of the past and milestones of the industrial era, once the key element of national identification and pride, lay now derelict in the advance of globalisation.

Companies going bankrupt or adapting to the new scheme of things and moving their production to other parts of the world in search of cheap labour leaving masses of unemployed  workers, empty buildings, industrial sites and whole cities (whose existence depends on them) behind.

Where once the noise and clutter of working people/machines filled the air, silence spreads.

Buildings , once symbols of economical power and presence crumble into dust, burying with them the fates of whole regions.

„Lay of the Land“  tries to resurrect the spirit of the workers, filling the empty industrial halls with machine sounds and human life again ,as an effort to save them from sinking into oblivion.

For those who were born into this fast-paced digital world and live in it, those memories fade away, if at all existent. Our way of perceiving things changes rapidly into an effortless economical „consuming“ of our enviroment: rather than seeing, watching, listening we „consume“ everything around us in a time- and effort-saving pattern.

This work consists of long camera shots, forcing in a way our eyes and brain to observe the scenes and perceive the images and sounds existing away from the usual center of our focus.

Exploring the „slowness“ in our perception we might  discover inconspicuous or even well known „places“ that can serve as selfregenerating „treasure-groves“ for our eyes, ears and minds.