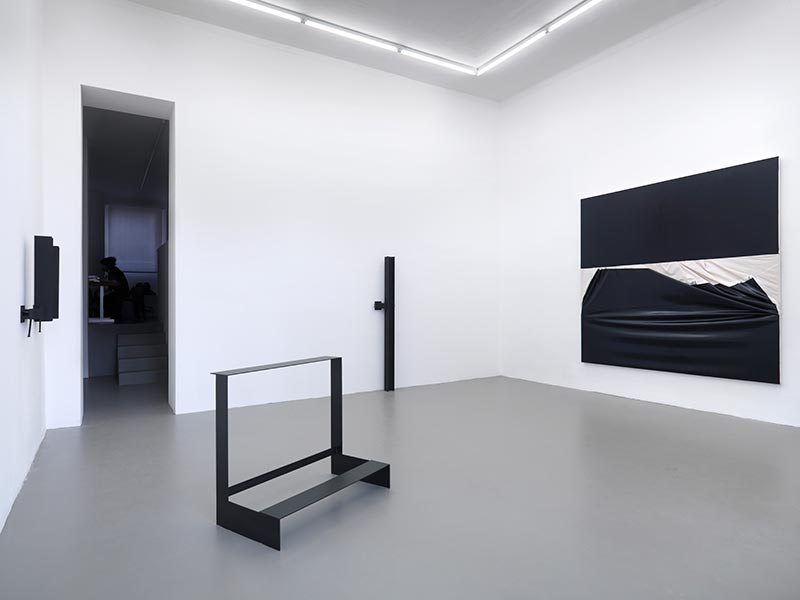 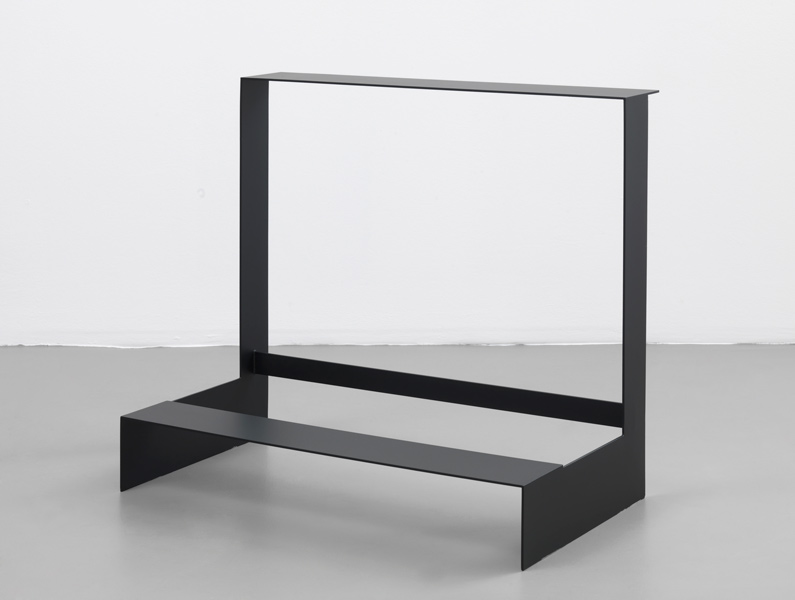 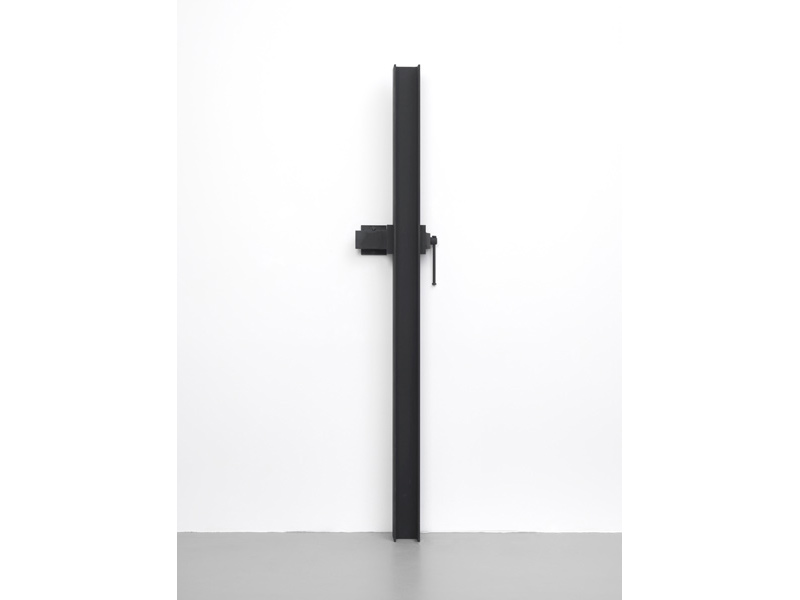 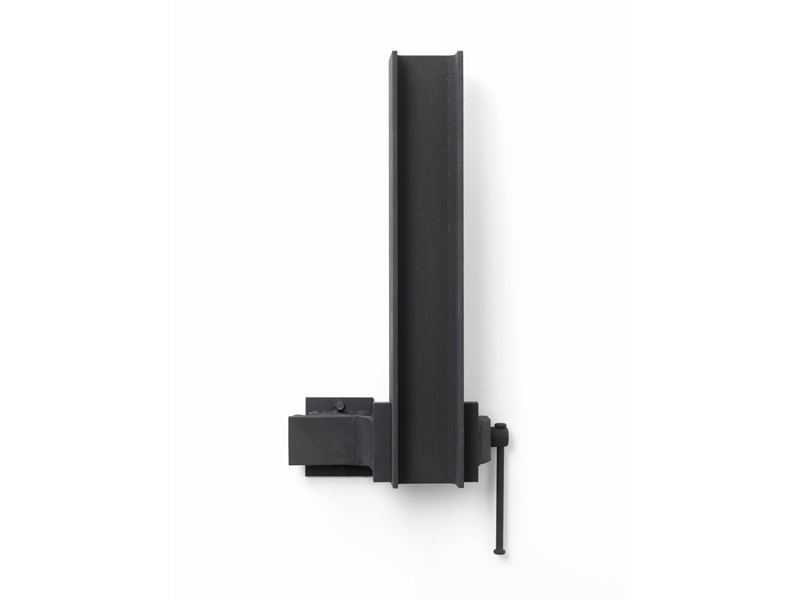 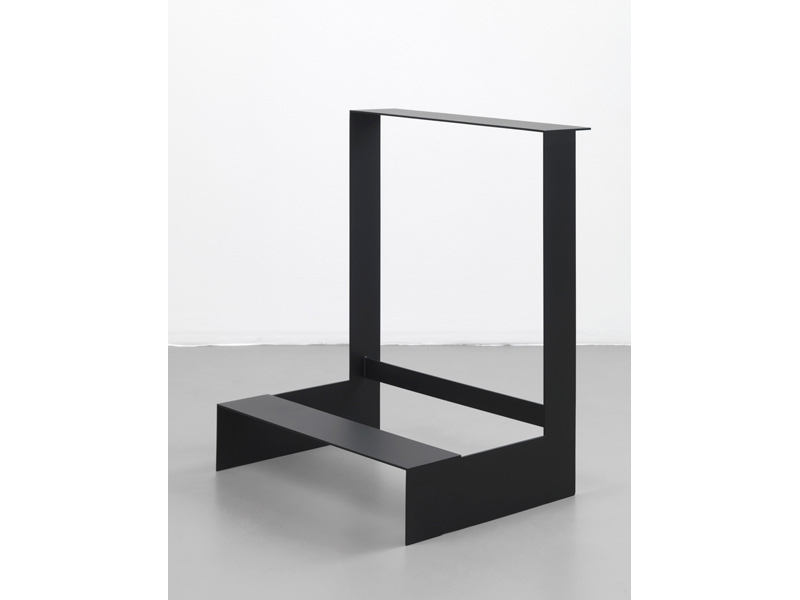 Radicalism is the keyword connecting the work of the two artists. Steven Parrino (1958 – 2005/US) was one of the central figures of New York art scene in the late 80s and 90s. The artist combines a formally reduced language with the aesthetics of disillusion of different music styles as Garage, Noise or Punk. The maxim of Punk music “destroy what destroys you” has been reinterpreted by him as an aesthetic corrosion and has turned the destruction of art into its only possible starting point. His subcultural denial of the bourgeois constriction as well as his ambivalence between creation and destruction became the leitmotiv of Parrino’s work as an artist.

Andreas Golinski (b. 1979/D) shares a group of young international artists taking critical attitudes towards the strategies of exploitation of the art market. The artist construes his works with bulky and raw materials. His concise, hard and radically anti-decorative objects question central parameters of existence. Golinski concedes insights into the abysses and the shallow depths of human existence. His objects describe the caducity of life and symbolize the volatility of the moment and the uncertainties of existence.